Air conditioning is a system intended to maintain such air parameters as temperature, speed, cleanliness in enclosed spaces. In other words, this system serves for creating comfortable climatic conditions for the well-being of people.

There are the following types of air conditioning systems:

Before developing the project an engineer has to take into account such factors:

WHY IS Air conditioning system
CONSIDERED TO BE SO IMPORTANT?

WHY IS Air conditioning system
CONSIDERED TO BE SO IMPORTANT?

Let’s have a look at the example that illustrates what consequences can poor-quality design lead to, where not all the nuances are taken into account. In our room the windows are low-efficiency double-glazed (see the table for double-glazed units) and they face south. This factor was not taken into account and the choice fell on the air conditioner with cooling capacity by several kW less than the heat input in the room requires. What will happen next? The air conditioner unit works and consumes electricity. The compressor, in turn, is also laid out at 100% capacity, but it is not enough to cool this room. The following happens: the compressor overheats and turns off due to overheating. This process occurs every day and eventually causes the compressor to fail.

Such gaps in the design of the air conditioning system are totally unacceptable. All you get as a result is damaged equipment, waste of money and nerves. The first thing you need to do in order to avoid such situations in the future is to go to professionals.

Table of calculations of heat gain: 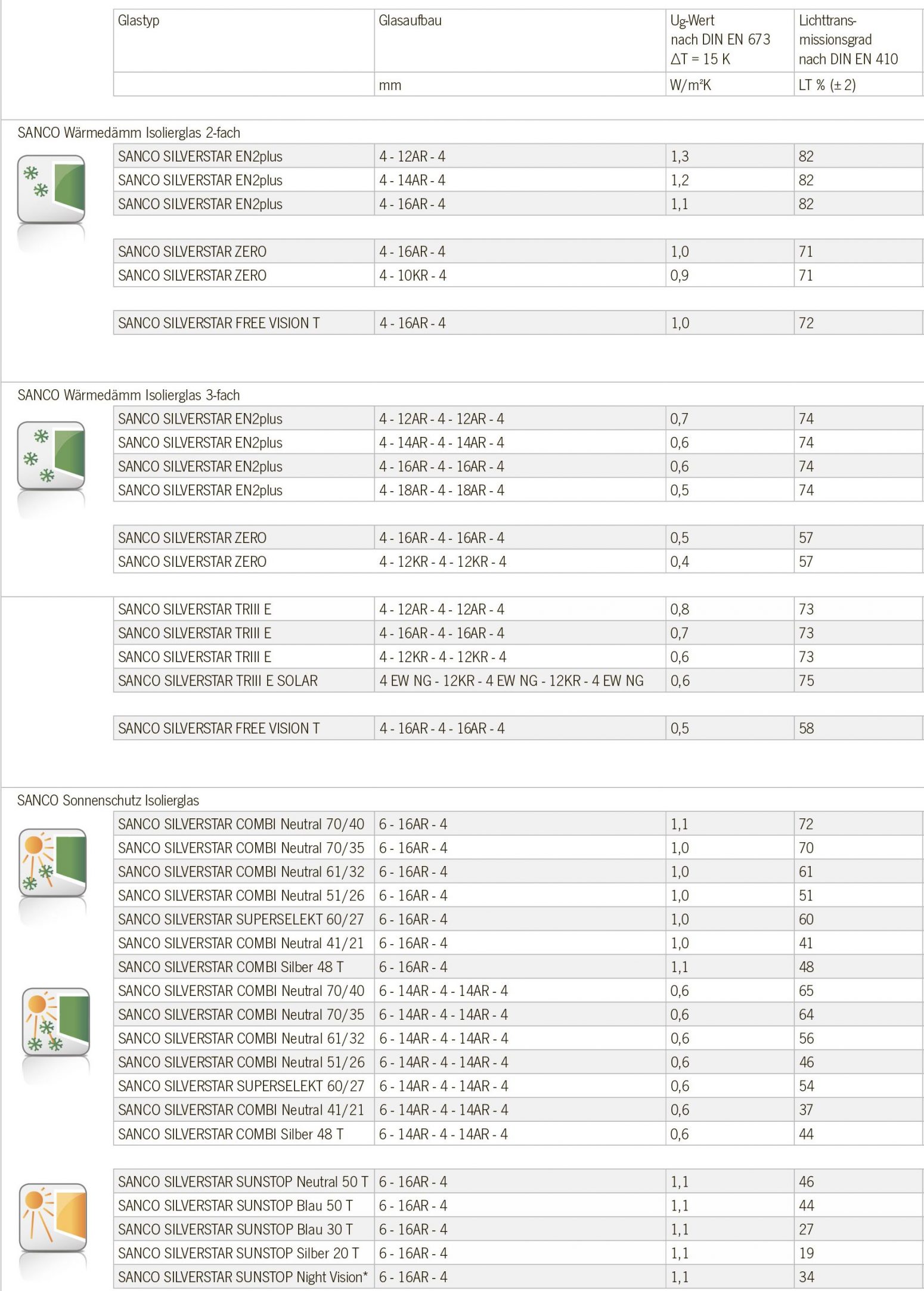 In this table, pay attention to the first column – it reflects the thermal properties of the structure (thermal resistance, R). The second indicator is the light transmittance. It is mandatory for engineers to be guided by the given data. Only with its help, it is possible to have accurate calculations of heat gain in the house through metal-plastic windows for the proper selection of air conditioners and their placement.

The principle of work of the air conditioning system

The following types of indoor units are distinguished:

1) the most common ones:

It is necessary to remember the main principle of organizing a high-quality climate in a room on the basis of the air-conditioning system (sensation of a temperature graph, but not air) that says always and in any case it has to be designed and implemented by zones.
I will give you more details on the most common air conditioning systems among my clients.
Air conditioning on the basis of wall or ducted indoor units is organized in apartments, as well as in private houses and cottages.

Implementation of air conditioners with indoor units of wall type

When customers talk about the implementation of air conditioning on the basis of wall indoor units in an apartment or in a house, they assume that they can easily choose proper equipment themselves and just order the installation from one of the numerous installation organizations.

When it comes to the implementation of a full air-conditioning system in a house or cottage, of course, you should get in touch with a specialist. But in both cases, you would rather work only with professionals and experienced companies. A professional approach in the implementation of any engineering system, and conditioning in particular, is first and foremost what is responsible for saving of personal time and money. It is much better to do everything correctly from the very first time, than to alter the initially poorly designed or installed system:

As an example, take a look at one of the conditioning projects for a two-level apartment using indoor units of the wall type (see Figure 1 and Figure 2).
At the first level there is one indoor unit and an outdoor unit is fixed on the facade of the building. 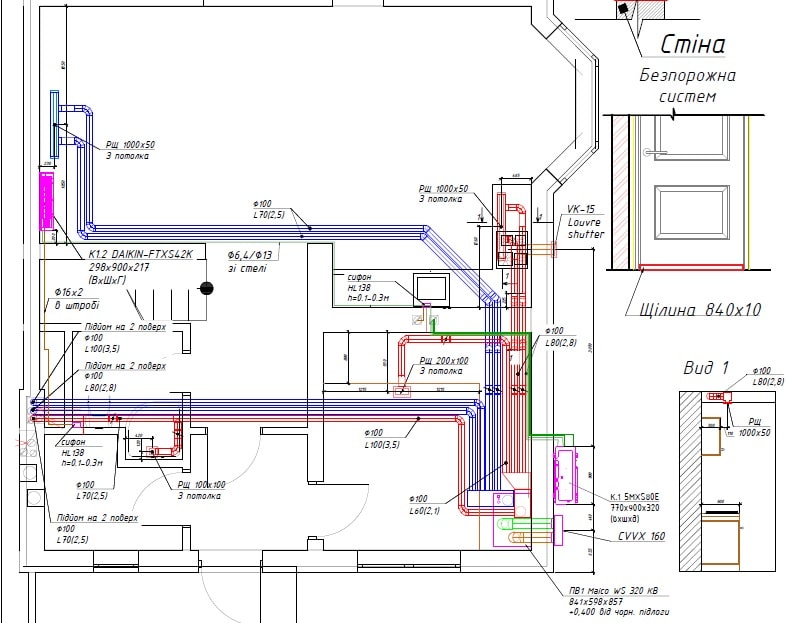 Fig. 1 – Layout of the external and internal units of air conditioners at the first level of the facility. 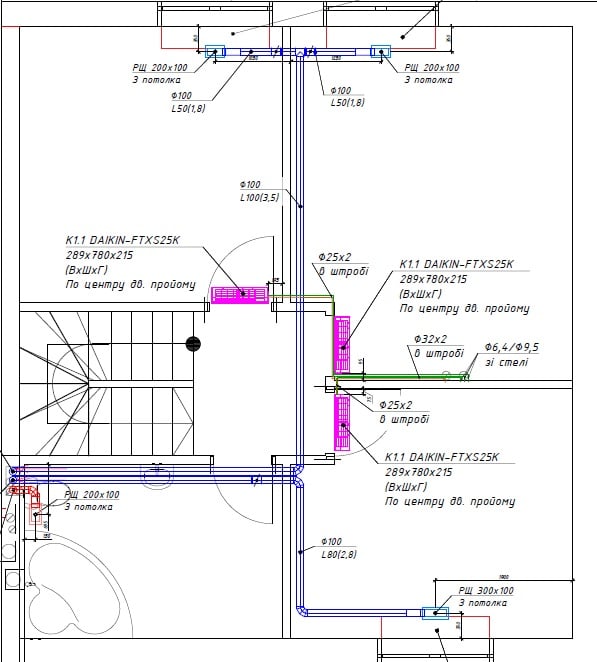 Fig. 2 – Layout of indoor units of air conditioners at the second level of the object.

At the second level of the apartment, each internal block of wall-mounted air conditioners is responsible for its room. As a result, for a multi-zone air-conditioning system in this apartment we used one external unit and four internal ones. Each unit provides comfortable and favorable microclimate conditions in its own area.

Implementation of air conditioners with internal units of the channel-type

Air conditioning on the basis of channel air conditioners is also organized by zones. The difference from the wall-type ones is that for the implementation of this type of engineering solution, we need a system of air ducts through which we can organize air movement. The inner block itself is installed behind suspended or boarding ceiling which completely hides it. Air distribution grids or diffusers are the only parts that remain visible.

This is how the air-conditioning project of this type looks for a two-story house. As you can see, the organization of a comfortable microclimate is realized by zones (see Figure 3 and Figure 4). 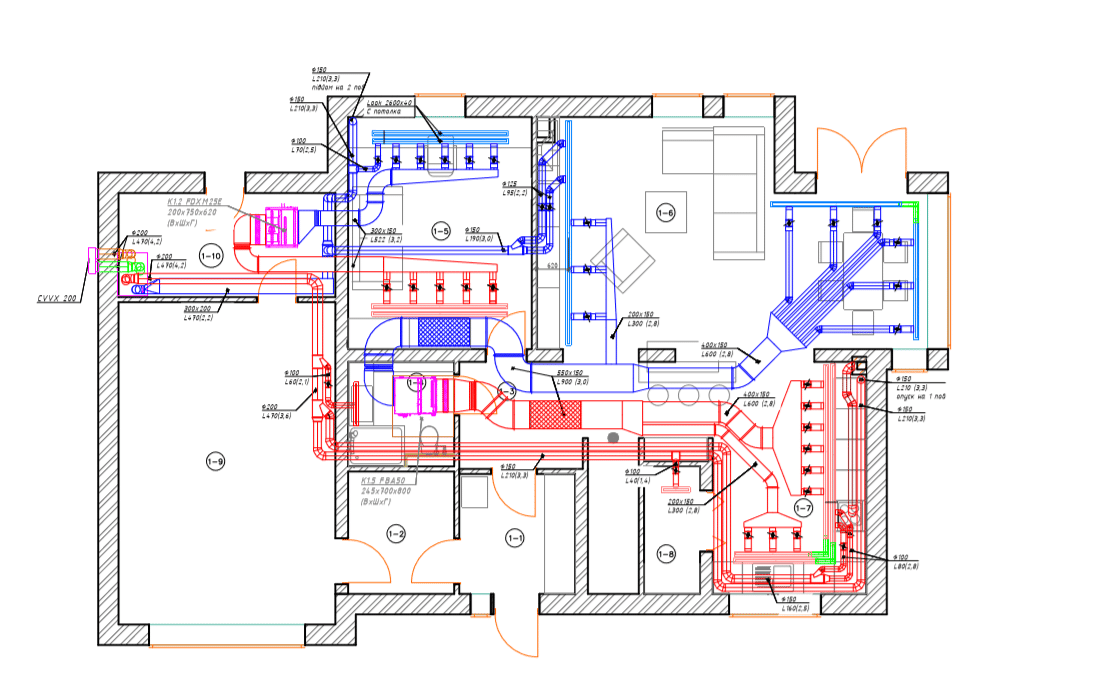 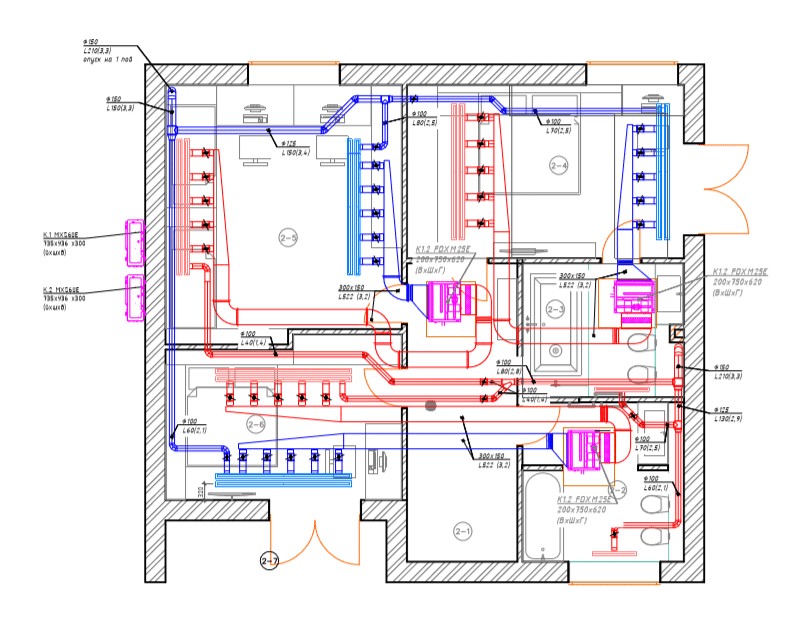 So, we figured out basic principles of implementation of air conditioning in apartments, houses and cottages. Why is it considered to be so important?
Air conditioning of a private house is area-based, but this does not mean that all air conditioners are serviced by the system 100% of the time. For example, bedrooms – in the night period, living rooms – in the daytime period, the office – during short-term work at home. Moreover, each person has their own level of comfort: in terms of noise and heat characteristics (the perception of air temperature by the body).

Accordingly, it turns out that the children’s zone has one microclimate, the zone of bedrooms – another one. This approach allows you to adjust your comfort conditions in each zone separately.

1) The compressor has to spend energy constantly to cool the air coming from the outside. Such decision is completely incorrect. This is one of several negative consequences that will undoubtedly appear after the implementation of such concept.

2) One channel-type air conditioner in the house will not be able to fully service the rooms in accordance with the temperature schedule of each one. Because, as we have already explained, there are differences in the microclimate in every zone, plus windows in one room can face the north, in another room – the south. As a consequence, temperature in the rooms even in one period of time will be different. And it is not possible to adjust the microclimate for each zone at the same time, since there is only one sensor on the air intake that reads the set temperature. It will get different rates from the rooms – in one room on the south side it can be, for instance, 23 degrees, in a room with windows to the north – 18. Under such conditions, the sensor takes an average rate and gives one set temperature for all rooms. With this scheme it turns out that in one zone it will be too hot, in another – still cold.

3) In a situation when one of the family members is sick, and one channel conditioner is set to cooling, we just cannot turn it off for one of the zones. The only choice is to completely stop the work of an air conditioner.

4) Another significant negative effect in the implementation of a house air conditioning system based on one internal channel-type air conditioner is the consumption of electricity. When each family member goes to their rooms, the only air conditioner in the house continues to work both on the office and on the living room. The electricity consumption continues, but the rooms are cooled aimlessly as far as there is nobody in them.

5) Other difficulties that arise when implementing the conditioning of a private home, based on a single-channel air conditioner are::

It is impossible to base all the rooms in a private house on the only one indoor unit of the channel-type air conditioner, because:

– you will not be able to adjust the microclimate separately for the zones;
– if someone from family members is sick, the air conditioner has to be completely turned off;
– high noise characteristics;
– unreasonable overspending of electricity.

The correct principle of designing the air conditioning system should be only area-based. A system will be effective when the air conditioner is operating on recirculation, and the ventilation system delivers the air for a certain number of people, in other words only required amount of fresh air.

TYPES OF OBJECTS FOR IMPLEMENTATION OF AIR CONDITIONING SYSTEMS

TYPES OF OBJECTS FOR IMPLEMENTATION OF AIR CONDITIONING SYSTEMS

WHAT IS AIR DISTRIBUTION?

WHAT IS AIR DISTRIBUTION?

Competent cross-section of air ducts is the key to the success of the correct functioning of the entire air-conditioning system in terms of the amount of kW of cold that it can carry over this duct plus noise characteristics. Correctly calculated throughput and feed rate are the main factors in the channel-type conditioning system.

The air distribution works in the following manner: the supply is carried out near the window, the recirculation takes place on the opposite side. Slot diffusers Look with concealed installation are hidden in a false ceiling and only the diffuser is what remains visible. They can be used for both airflow and recirculation. At the same time, their installation brings an aesthetic touch to the overall interior design.

Summing up, I want to note that after completing all the steps for designing and installing an air-conditioning system in Kiev together with me, you will be guaranteed to have an ideal home with an ideal cooling system or ventilation.

VIDEO REVIEWS OF THE VENTILATION SYSTEM