Solovei > Objects > Installation of ventilation system and air conditioning in the apartment of the residential complex Pasechniy, Lviv

Installation of ventilation system and air conditioning in the apartment of the residential complex Pasechniy, Lviv

Installation of ventilation system and air conditioning in the apartment of the residential complex Pasechniy, Lviv
Implementation of ventilation systems based on Maico WS 320 KB and air conditioning based on Daikin in the 91 m² apartment of the residential complex Pasechniy, in the city of Lviv.
Characteristics of the object:
What we aimed for was:

What we got in a result

What we got in a result

In the process of designing, it was agreed to use general exchange ventilation by installing a supply and exhaust system. The choice was made for the Maico WS 320 KB, which is equipped with a plate-type recuperator. Additionally, we installed:

The ceilings in all rooms were lowered by 170 mm. The living room was an exception due to the exclusive ceiling design. It was agreed to make overlaps in the kitchen, next to the system. By using rectangular air ducts, it became possible to reduce the engaged space, though we managed to keep the maximum air circulation. This is exactly what the customer wanted.

In order to keep as much free space in the bedroom as possible, the diffuser was moved to the bathroom. Two adapters were installed in the nursery, which corresponded to the design of the room. A vent diffuser Look was installed in the ceiling. Even though the length of the vent diffuser is 3 meters, it is almost invisible due to its structure.

With the built-in recuperator, ventilation has significantly reduced the load that was distributed to the heating and air conditioning system. Thus, the customer received the desired result. For the most efficient air circulation throughout the apartment, we recommended the owner to make holes at the bottom of the interior doors and decorate them with special grids, or to remove the thresholds. 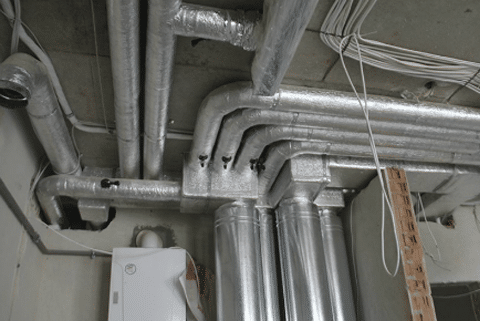 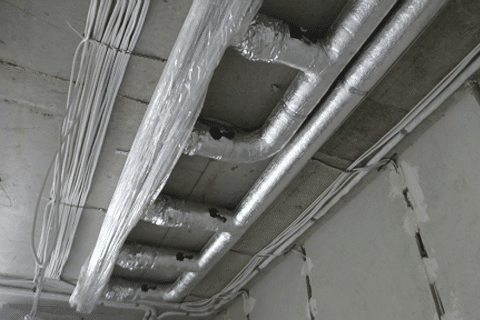 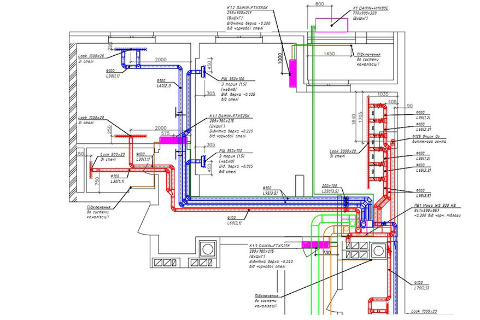 In order to ensure the operation of the air conditioning system, it was decided to install a multi-split system, which consisted of one external unit and three internal ones. In this case, the best choice was to install the inverter control Daikin 4MXS80E.

For the indoor units, we selected two FTXS25K models and one FTXS50K unit. The peculiarity of the system lies in the ability to not only cool the air in the room, but also, if necessary, to heat it. This function reduces the load on the heating system during the cold season. And in tandem with efficiency, this addition created a general air-conditioning system, just like our client had ordered.

Multifunctionality and quiet work are additional advantages from Daikin system.

VIDEO REVIEWS OF THE INSTALLED SYSTEMS

REVIEWS OF THE OTHER INSTALLED SYSTEMS

REVIEWS OF THE OTHER INSTALLED SYSTEMS